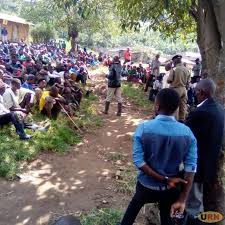 Two people have been killed and three others injured during clashes in Kabero Sub County, Bunyangabu district.

The clashes were triggered by the death of one Matayo Wulimbwa Mutsunga, a resident of Kyoho II village in Kasese district, who was attacked by unknown people on Monday evening.

Eyewitnesses, who preferred anonymity, told journalists that Mutsunga was accused of participating in cattle thefts in Kabonero Sub County.

Robert Tugume, the LC I Chairperson of Nyamba B village narrates that he responded to an alarm by residents, but found that Mutsunga had already been killed. A group of furious people were also trying to burn his motorcycle.

Kasogi – Rwimi village Chairperson Godfrey Amanyire says that in the aftermath of the attack, people believed to be relatives of the deceased mobilised to avenge his death and attacked a group of people who were found in the area.

Three people were severely injured, one killed on the spot and another identified as Robert Kasangaki died before reaching the hospital.

Yesterday, while addressing the residents at Kasogi – Rwimi trading centre, Rogers Kapere, the Bunyangabu District Police Commander condemned the acts and said that police will leave no stone unturned in its search for the perpetrators of such violence.

Bunyangabu Resident District Commissioner Jane Muhindo Asiimwe says that she is going to embark on a campaign to reunite the people in the district.

Kasese municipality has received over 316 million ugx from Central Government.

Child labor have increased along Nyamwamba River in Kasese.