Texas gunman entered school ‘unobstructed,’ was inside for an hour before killed 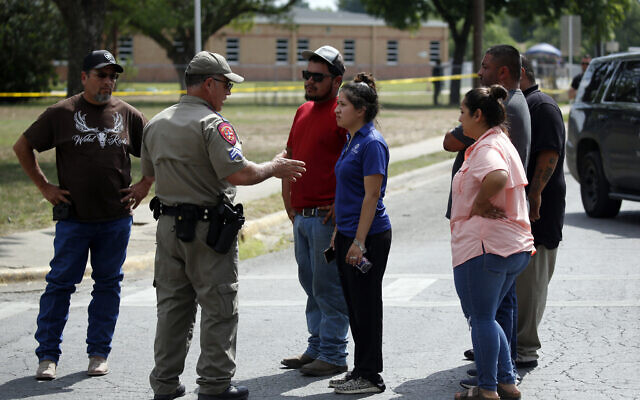 A policeman talks to people asking for information outside of the Robb Elementary School in Uvalde, Texas, Tuesday, May 24, 2022. An 18-year-old gunman opened fire at the Texas elementary school, killing multiple people. Gov. Greg Abbott says the gunman entered the school with a handgun and possibly a rifle. AP Photo/Dario Lopez-Mills)

A gunman who attacked a primary school in Texas on Tuesday was able to enter the building unobstructed, police say.

Texas Ranger Victor Escalon said no armed guard challenged the teenage attacker and it is unclear if the school door was even locked.

Mr. Escalon defended the police response amid mounting criticism of an apparent delay in confronting the gunman.

Mr. Escalon said at a yesterday’s press conference that initial reports that the gunman had shot a guard, were incorrect. END