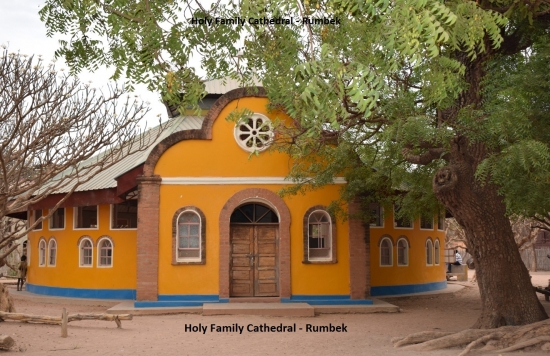 The Christians of South Sudan’s Rumbek diocese together with the clergy and Religious have exuberantly welcomed the appointment of the new Bishop-elect with enthusiasm after a decade without a Shepherd.

Sharing with AMECEA online in an interview, Archbishop Stephen Ameyu Martin Mulla heading the Metropolitan See of Juba where Rumbek Diocese belongs said, “The people of Rumbek are very happy.”

“I have received congratulatory messages from priests, youth leaders and Christians and they are equally happy to have a new Bishop,” Archbishop Ameyu who also serves as the Apostolic Administrator of Torit diocese narrated.

He added, “the youth leaders from Rumbek have asked me to pass to the newly elected Bishop their message of joy and inform him not to be afraid.”

Moreover, the “Bishops of Sudan and South Sudan feel strengthened and stronger since their number has increased,” he disclosed.

Archbishop Ameyu has asked the people of Rumbek to work together with Monsignor Christian Carlassare saying, “The bishop-elect is one of us as he has worked almost all his priestly life in South Sudan.”

He added, “The Bishop-elect has worked in very tough places in South Sudan, he knows some of our languages, he has already inculcated our culture and I know he will shepherd the people well.”

According to members of Comboni Missionaries of the Heart of Jesus (MCCJ), the congregation to which Msgr. Carlassare belongs, the new Bishop-elect is a “man of the people.”

“This means to be for and with the people in their daily reality, listening to them with compassion and tenderness irrespective of age, social class, religion, ideology, personality,” he added.

On his part, the Comboni Missionaries Provincial Superior for Kenya Province Fr. Austine Radol shared with AMECEA online that Bishop-elect “Embraces his work and is a man of the people.”

“I admire Fr. Christian for the love he has for the people he is sent to serve. He blends with them and becomes one of them,” Fr. Radol narrated and expounded that when Msgr. Carlassare worked among the Nuer people, a Nilotic ethnic group in the greater upper Nile region, “Bishop-elect did not show superiority but walked with the people.”

“He learnt the native language properly and this gave the people confidence and trust to talk to him as a brother and friend,” the Kenyan cleric said adding that “As he is now sent to the Dinka people I know he will embrace the culture and continue to be ordinarily polite and friendly.”

Also, Fr. Augostine Edan Ekeno, a members of the Society of Jesus (SJ) who has served in Rumbek since 2017 acknowledged the eagerness of the people to receive the new Bishop saying, “People are excited and celebrating the good news. Social media is awash with congratulatory messages for Bishop-elect.”

“The mood in the diocese is almost like that of a child being reunited with his father after years of being away,” Fr. Ekeno the parish priest of St. Teresa Parish, Rumbek describes the people’s feelings.

“There is no doubt this new face in the diocese of Rumbek will open a new chapter in the life of the Church in this part of South Sudan…Yes, Fr. John Mathiang did extremely well as the Diocesan Coordinator but still, the absence of a Bishop left a big gap in the life of the Church,” the Kenyan missionary to South Sudan explained and continued, “The excitement being witnessed is part of the recognition of the completeness that has been realized by the appointment of the new Bishop.”

A daughter-in-law beats up her mother-in-law in Kitoro cell, Kasese Municipality

Christians have been asked to pray constantly, for God’s time is never late