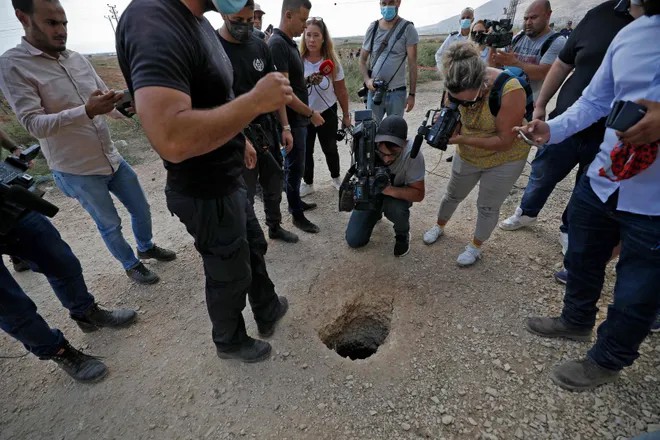 Israeli authorities have launched a manhunt after six Palestinian prisoners escaped from one of the country’s most secure jails overnight.

The men are believed to have dug a hole in the floor of their cell at Gilboa prison, then crawled through a cavity and tunnelled beneath the outer wall.

Officials were alerted by farmers who noticed them running through fields that the fugitives include a former leader of the militant group Al-Aqsa Martyrs’ Brigade and five Islamic Jihad members.

An Israel Prison Service official described the escape as “a major security and intelligence failure”. Palestinian militant groups hailed it as “heroic”. END