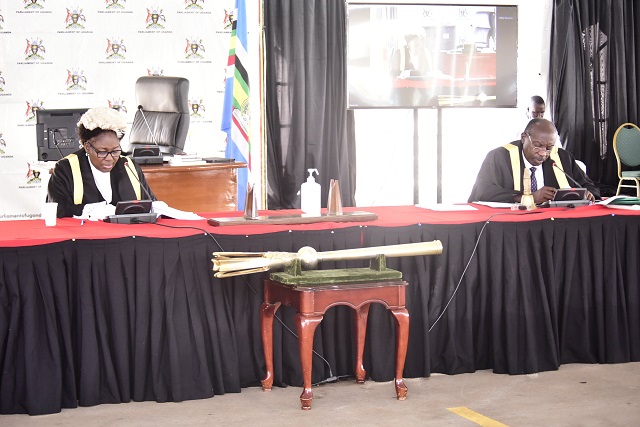 Parliament has approved a supplementary budget of 292 Billion Shillings, including about 18 billion Shillings for Covid-19 vaccines in advance payment of doses for 9 million vulnerable Ugandans.

Also approved by Parliament is 31 billion Shillings for purchase of more face masks by the Ministry of Health, 28 billion for purchase of ambulances, 43 billion for the Electoral Commission to clear debt for the Biometric Voter Verification machines used in the recently concluded general election.

Hon. Patrick Isiagi, Parliament’s Budget Committee Vice Chairperson yesterday reported that the stand-off between Ministry of Lands and the Uganda Land Commission had been resolved and list of beneficiaries for compensation acknowledged.

Hon. Isiagi recommended that parliament approves the funds and despite resistance from a section of MPs led by Dokolo Woman MP Cecilia Ogwal, the funds got a nod from parliament. Hon. Isiage speaking….

Besides the land compensation, Parliament also approved 10.4 billion Shillings for Uganda National Examinations Board, as well as compensation by the government for land in Ndeeba on which St. Peters Church of Uganda among others. END