Nyabirongo Health Centre 3 will be upgraded to a four status. 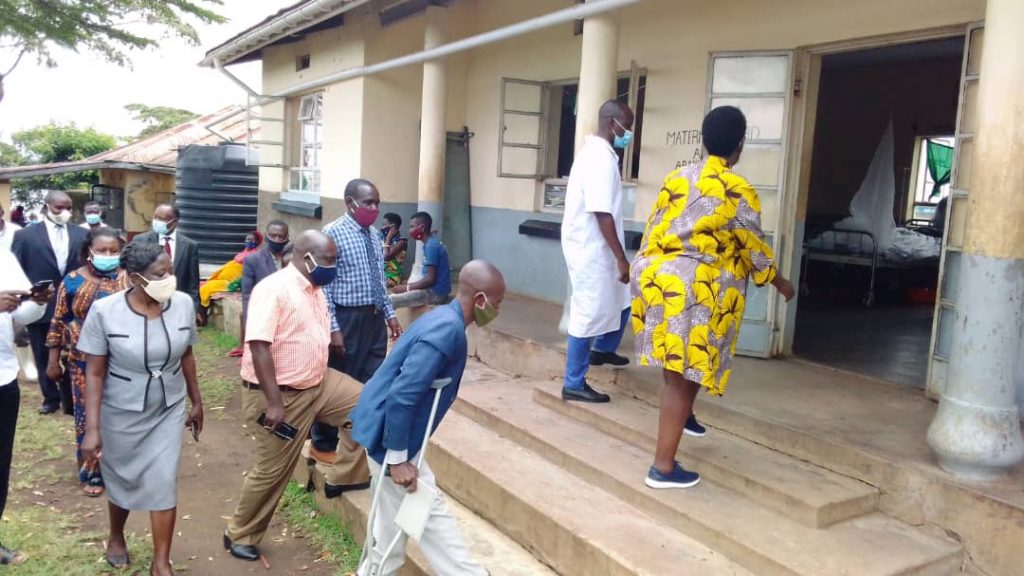 Dr. Diana made the remarks this morning while addressing stakeholders and political leaders shortly after a tour of the facility in fulfillment of the presidential pledge.

She said engineers from the ministry of health will come up with design and bills of quantities and submit a report to government for financing.

The deputy RDC Kasese district, Mr. Joshua Masereka told Dr. Diana that Ninety percent government drugs are consumed by patients from the neighboring DRC under the policy of pan-Africanism.

Details of the story will come in our subsequent news broadcast. ENDS.