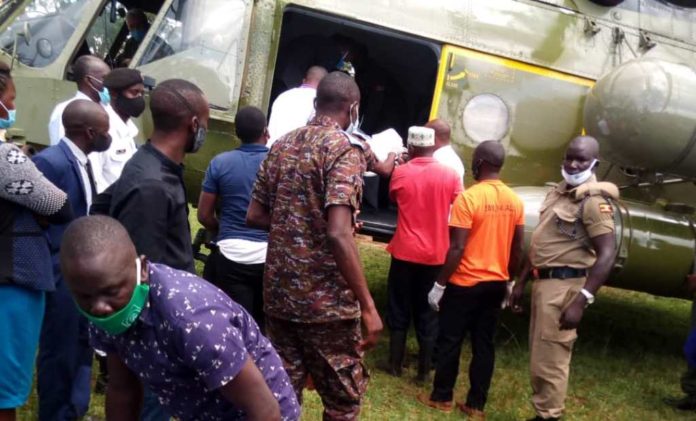 The UPDF chopper picked up Justice Gadenya from Masindi town this afternoon together with his bodyguard Corporal Oscar Opok and driver. The trio was first rushed to Masindi-Kitara Medical Center in Masindi town following the accident in which, Justice Gadenya broke his legs and arms on his way to Masindi High Court from Kampala when his official car registration Number UG0781J got involved in a head-on collision with a Fuso truck registration number UBH 831A Bigando village Kiguliya ward Masindi Municipality around 9:30 AM.

Dr. Patrick Byamukama, the administrator Masindi- Kitara Medical Centre, says the judge was in very bad shape by the time he was rushed to the facility, prompting them to refer him to Nakasero Hospital for further management.

Mr. Julius Hakiza, the Albertine Region police spokesperson, says they are still hunting for the truck driver who is still at large. END