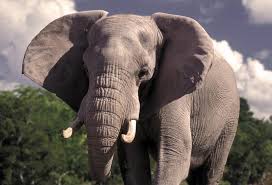 Nyakiyumbu Sub-County Chairperson Mr. Sunday Peter Kakule has called on government and Uganda wildlife Authority to sensitize the people affected by elephants on the importance of wildlife conservation.

According to him, sensitization could act as means of deterring elephants from entering gardens to destroy crops.

Speaking to our reporter this morning,Mr. Kakule used the same platform hailing community scouts in his area that have voluntarily decided to guard wildlife animals against invading peoples gardens.

He asked government to implement the compensation law aimed at paying the affected farmers. Mr. Kakule on UWA Speaking;….

Earlier, he had advised his electorates to take farming as a business ENDS.