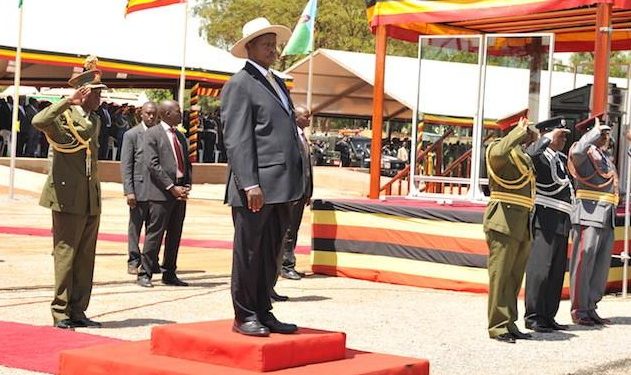 Hon.Ruth who recently crossed to NRM party after what she described as unfulfilled pledges from the opposition FDC party says time was ripe for the people of Kasese to give credit to the ruling government for peace, freedom of rights and stability that NRM has ushered in Uganda.

Speaking to Kasese guide radio this morning, Ruth says it’s worthy to celebrate the achievements compared to past regimes, where people were murdered in cold blood. Hon.Ruth on NRM speaking……

Hon.John Siriwayo the secretary for works and technical services Kasese Municipality, who said the day was worth celebrating cautioned NRM mobilizers against soliciting funds from individuals and institutions to support the local celebration in Railway ward, Kasese Municipality.Hon.Siriwayo on NRM day….

Yesterday, the Minister of State for Economic Monitoring, Peter Ogwang had revealed that the National NRM 36th liberation day anniversary will be marked today at Kololo ceremonial ground with 547 people expected to attend.

The theme; is ‘Celebrating the 36th NRM victory day, a call to duty for all compatriots to continue towards Uganda’s Social Economic Transformation Journey. END.

Boda-boda cyclists at Centenary stage, Kasese Municipality elects new leader on a call to be disciplined