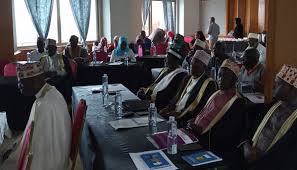 At least 14 people were arrested in a joint security operation during the takeover of Noor Mosque by Uganda Muslim Supreme Council on William Street in Kampala Central Division yesterday(05 July 2020) morning.

Security deployed strategically on the entire William Street to ease the repossession exercise and avert any possible chaos.

The Kampala Metropolitan Spokesperson, SP Patrick Oyango, says the suspects, Muslim youth most of whom threw stones while others arrived at the premises with machetes and hammers but were surrounded by security and will be charged with among other things obstructing a lawful operation, trespass, inciting violence and embezzlement.

Hajj Musa Mutyaba, the Chairman Muslim Property at UMSC, says a new management team will be installed to oversee the property as matter of acccopuntability and recovering other proprties go on for the development. Hajji Musa speaking……

For purposes of ushering in peace, President Yoweri Museveni in 2016 handed over the title of Plot 30 William Street to Uganda UMSC after securing it from business tycoon Drake Lubega, who had bought off the property from Hassan Basajjalaba.